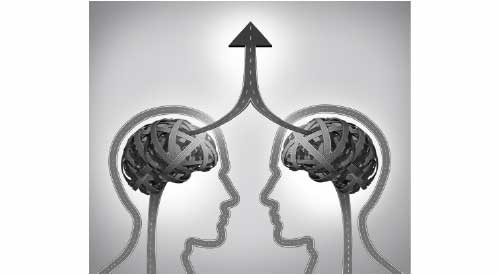 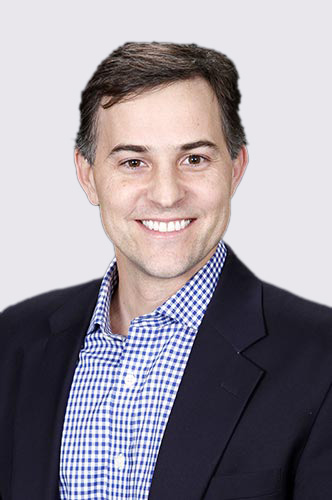 Mutual dependence is a success factor for mid-market businesses. We begin to chart the path a business can take to ready itself for mutual dependence, using contracts to support strategic alliances and a stable growth trajectory.

When I read that enterprises are making more unstructured alliances and focusing less on M&A, I have to admit, I presumed that the middle market was a step behind.

I was wrong. The opposite could easily be closer to the truth: As mid-market companies grow from $100 million to $1 billion, they are increasingly likely to have mutually dependent relationships with their buyers.

What does mutual dependence really mean? On the supplier side, we would define dependence as receiving most revenues off a product line from a select few buyers. Buyers on the other hand will also only conscript one supplier to provide a necessary product or service, so without the relationship, both businesses would be significantly distressed.

Sounds like something you would want to avoid at all costs, but many studies have shown that this sort of arrangement is a sign of stability, growth, and success. The National Center for the Mid-Market recently found a high correlation between growth, size, and mutual dependence.

From these two pieces of information, it becomes clear that in the Mid-Market supply chain, success is defined by complex, enduring relationships between buyers and sellers. Some of these businesses have landed and expanded, but all have established trust and reliability. That trust becomes the seed of collaboration and growth.

Success was defined very differently by the 20th century business. Success was acquisition and merger. It was growing the business and brand through geographic expansion, about being everywhere at all times, and at the turn of the 21st century, becoming a multinational. Why the sudden shift?

Talk to Uber to understand why geographic reach does not mean what it once did. Geographic presence is reliant on digital presence. Scaling is a simple matter of buying more cloud computing. The way you stay at the top is by keeping your good customers happy and making sure they have no reason to leave you. And that means continuous innovation.

Recombination is the term of the day. Particularly in markets where the easy-to-reach discoveries have been tapped, winners do not necessarily develop the next big breakthrough but rather recombine technologies and processes in new ways, finding the new in the old.

The concept of recombination has become so strong that it has undermined more traditional approaches to R&D. The traditional, or closed innovation model presumes that successful innovation requires complete control. Recombination understands that not all useful components of an innovation can be controlled but rather will be supplied by others.

In an unstructured alliance, neither party controls the other, and yet both parts are necessary to engineer a complete solution to meet the evolving needs of customers downstream. In a business environment where those customers are evolving very quickly, a strategic alliance provides more opportunities to move quickly and develop new experience, technology, and solutions before competitors can.

There are plenty of cases that show how the flexibility of unstructured alliances (alliances by contract as opposed to M&A activity) can drive progress where other agreement types are impossible, allowing recombination and innovation while lowering the upfront investment. But the case of Tesla’s agreement with Toyota and Daimler is one of the most impressive in recent history, if only because all three firms compete with each other and could still form a long-term contract.

Tesla Motors was a start-up when it formed strategic alliances with automotive industry incumbents Toyota and Daimler. In 2012, the EV firm needed capital and revenues.

Daimler and Toyota needed more sophisticated electric powertrain and battery technology, both on a short-term basis, and additionally needed to learn how to produce EV powertrains and batteries in the long term.

The strategic alliance struck was a combination minority equity deal wherein Daimler and Toyota bought parts of Tesla, simultaneously signing long-term manufacturing contracts with Daimler and Toyota. The stability and funding of the agreement allowed Toyota and Daimler to receive a 50% discount on Tesla’s powertrains.

Despite competition, all three companies benefited from an alliance. Look below to see how much.

As you can see, the impact on profitability was large for Daimler and Toyota, while the deal allowed Tesla to grow its customer base.

The deal could not have proceeded by acquisition; only a contractual alliance would have been acceptable to all parties.

For many mid-market businesses in 2017, contractual alliances are the key to growth. The question is what kind of contracts will be most profitable, and how does a business set itself up to acquire the high-value deals?

There are a panoply of alliance options allowing businesses to choose from a whole spectrum of financial commitment, obligations, and rights. These blur the lines between competitors and collaborators, as well as buyers and suppliers. Deals of this kind work in between the lines, finding extra sources of value unavailable to businesses with a friend-and-foe, customer-and-supplier mindset.

I have listed the main types of both structural and contractual alliances as a refresher on the kind of deals available.

Joint Venture: A corporate structure in which organizations create a separate company, agreeing to fund the venture, manage it, and share P&L. Collaborating organizations can agree on options to buy/sell shares or restrict transfer of equity, engage in long-term contracts, and determine how to use any developed technology.

Minority Equity Investments: Investor contributes funds, IP, or other property and takes a minority equity stake. Manufacturers do not typically leverage deals of this type.

Contractual alliances are contract-based megadeals that affirm mutual dependence, explain terms of that dependence, and set up metrics to help determine whether the relationship should expand or deflate.

Contracts bind together a deal to manage governance and oversight of an initiative that is not given a separate entity. Risk and reward is agreed upon as part of the deal. Any IP delivered as part of the deal can be licensed as a term of the deal, meaning that all parties can maintain ownership of IP while allowing other collaborators to use while the deal is functioning. Payments may be structured around specific milestones, such as specified gains in efficiency or as a percentage of profits.

Without the complexity and weight of a new legal entity, virtual joint ventures allow mid-market firms the agility of joint ventures without having to put up capital upfront. They are used to help manufacturers accelerate time to market and retain focus on core competencies.

Due to the variety and number of long-term contracts, B2Bs can mismanage contracts, sitting on expired clauses, unfulfilled orders, and unused rights. See our article about optimizing contracts with integrated contract management for more information.

Seller Financing: A type of purchase in which the seller finances some or all of the purchase price of a good in exchange for a promissory note. Financing cements a stronger relationship between buyer and seller, impelling the seller to maintain goodwill due to continued stake in the business. Additionally, seller has leverage on deal terms, can increase revenues, and offer advantage over competitors. Either party might have reason to structure the deal as an open transaction and defer placing the entire transaction on the balance sheet at the time of purchase.

Next Steps: Take a Closer Look at Contracting

Executing any of the above contracts efficiently requires a structured, strategic, end-to-end process. Mutual dependence is often not immediate, but rather requires mutual success over time, as well as a path from birth toward dependence and trust.

Contract management is therefore the core capability that delivers successful alliances, leading to optimized growth opportunities and greater success within the mid-market.

Businesses often struggle with these fundamentals of relationship growth because contract management processes are:

Making headway on these obstacles, simplifying the execution of a contract strategy, can lead to efficiency successes in addition to effectiveness successes, opening a path for successful relationships to flourish.

But before anyone in the room says Contract Lifecycle Management solution, the process and strategy, the foundation and vision for a business’ contracts, are the real seeds of value. Often, maturing contract management processes will lead to software, but emphasizing the software first puts the cart before the horse. It is increasingly easy to believe that technology will solve a problem without first envisioning the solution.

Fehrenbacher, Katie. “Tesla Is No Longer the Auto Tech Supplier It Once Was.” Fortune: March 8, 2016. Available from: http://fortune.com/2016/03/08/tesla-no-longer-supplier-for-mercedes-benz-toyota/